This map shows all the wrecks that the UK Hydrographic Office has collated since January 1, 1913 when records began. It shows that there are almost twice as many Royal Navy wrecks in the UK’s Territorial Zone than are listed by the UKHO.

The shipwrecks have been reported over the last 200 years or more. Some have been surveyed in varying qualities, some of multibeam level, some dived, some from sinking reports. All the reports are of varying standard. The majority of those wrecks in shipping channels, which could present an obstacle, have been surveyed eg. the Dover Straits, East Anglia.

Only the most significant wrecks will actually be charted, more depending on the chart’s size, as there are so many hundreds.

MAST’s RN Loss List, which records RN losses since 1512 with positioning of varying quality, shows 1,404 RN wrecks in UK waters up to 200 miles, 30% of the total figure worldwide. (The RN Loss List total figure across the world stands at 4,808.) 1,267 of these are within territorial waters compared to just 573 noted by the UKHO. This map, then, serves as a warning to agencies that there are many more RN wrecksites waiting to be found.

It is worth noting that there are fewer the further out to sea – mainly because there were fewer witnesses, fewer survivors.

MAST is grateful for the UKHO’s generous support. 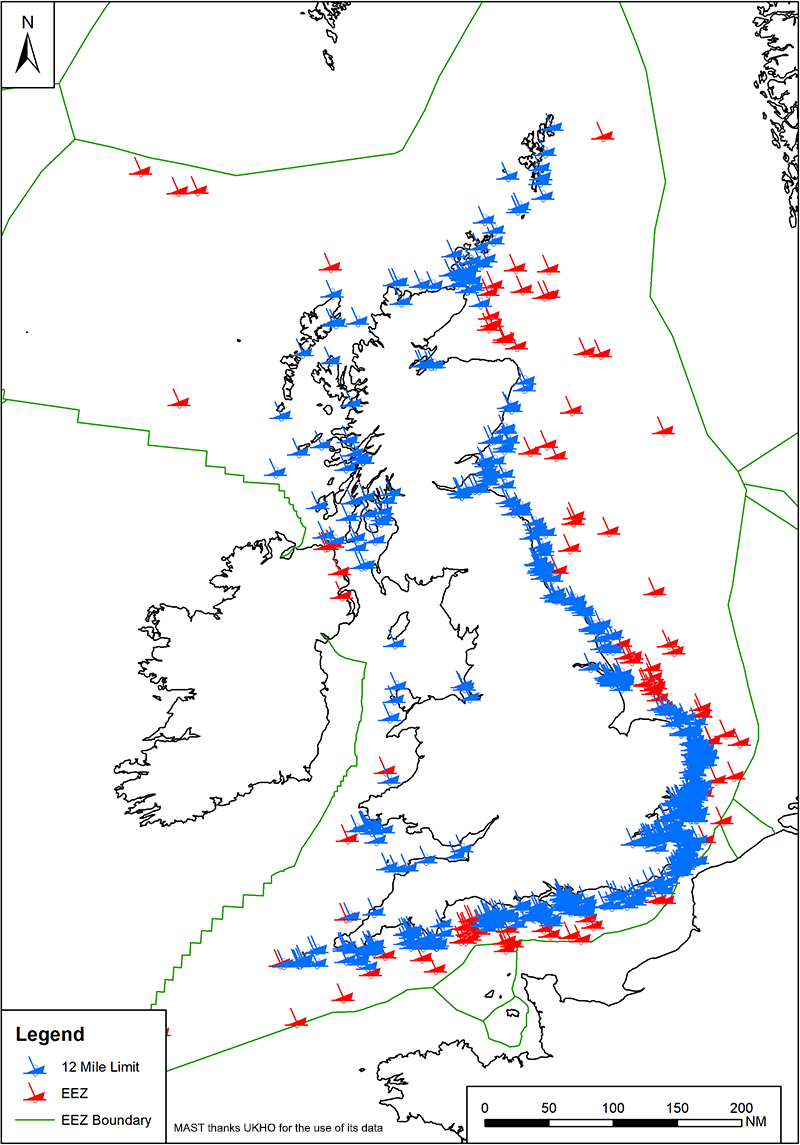